Kassandra Miller, Visiting Assistant Professor of Classical Studies.
Photo by Chris Kayden
Apply Now!
Bard’s Foreign Languages, Cultures, and Literatures Program (FLCL) is predicated upon the idea that the foreign languages currently taught at Bard constitute a distinct academic field of study not just within Bard but also in the context of Bard's increasing importance as a global liberal-arts institution.

Bard's International Student Organization and Language Center designed and hosted a celebration in observance of International Mother Language Day. Students and staff members of the community got together to promote and celebrate culture and language diversity as well as multilingualism. This video was created by a Bard student, Mujtaba Naqib. He interviewed a few Bard students to give us a glimpse of what language diversity at Bard College looks like.
" target="_blank">https:// 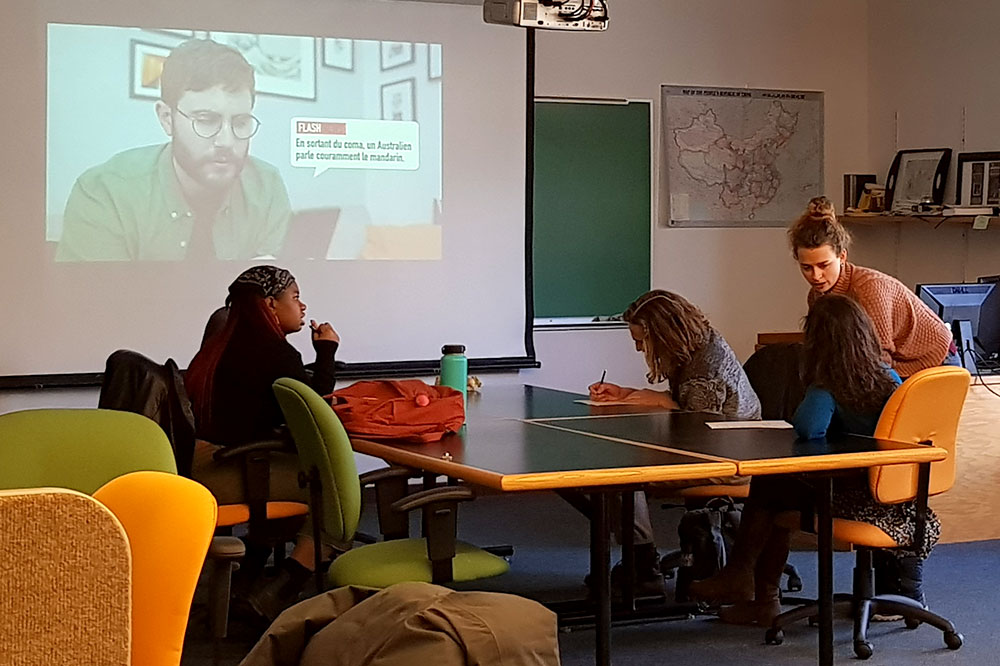 Teaching students a unique set of analytical tools, Bard's Foreign Languages, Cultures, and Literatures Program (FLCL) locates itself at the site where self- and other-understanding are thematized and analyzed in a unique and fundamental way, namely in and through a non–English language and its literary manifestations. Inseparably linked, the study of a foreign language and its literature engages the students in a cross-cultural dialogue and prepares them meaningfully to participate in the global community. Based on this shared mode of critical and creative inquiry, FLCL brings the existing language programs into a larger collaborative framework that strengthens their bond while recognizing each program's curricular particularities.